It is not rare that, in order to revive a ruined business situation, companies decide to go all out by changing leaders at the top and choosing a promising candidate from the market.

A courageous challenge, both for the company and the manager, with difficult premises: joining a team when the situation has long been catastrophic means boarding a sinking ship and whose sailors are one step away from mutiny.

But if it’s true that the makings of a leader can be recognized in stormy conditions, dear managers, it’s time to grab the helm and lead the frigate to safe waters.

How to do it? Here are 5 tips for a winning leader, struggling with a catastrophic situation inherited from previous management.

Sometimes a leader knows he has been hired to restore ruinous management, other times, however, the manager has no idea of ​​the dust lurking under the rug.

In the latter case, leading a team without being fully aware of the existing framework can further worsen the health of the Company.

The first step for a leader who has just entered a new company, therefore, is to analyze as accurately as possible the condition in which the Company finds itself.

To do this, it is necessary to ask for the collaboration of all the teams, transparently explaining to the resources that only by tracing the perimeter of the current position it is possible to make progress.

Don’t be surprised, though, if you are faced with resistance and opposition: often, resources tend to deny their responsibilities in order not to appear guilty.

If you feel that your team is not sharing the whole truth, don’t be afraid to use external professionals who will be able to analyze in detail the corporate photography of the moment and bring you reliable and correct data, to use as a base to start from.

2. Do not gossip about the former

The great temptation, faced with an office in ruins, is to highlight the defects of the previous management that led to the defeat.

Pointing out the shortcomings of the dismissed manager, pointing out every mistake, only puts the team that worked on the projects up to that point in difficulty and gives you an unprofessional impression.

A true leader never judges past work, but looks forward to the future and is so busy charting the new course that he doesn’t have time to process what already happened.

3. Get on board immediately

A leader who joins a company in its moment of crisis is afraid of being dragged down along with the whole team.

It’s no wonder, then, that most managers just hired to heal a collapse of a business tend to distance themselves from the situation and resources. Many executives draw a clear line between “them” – the members of the corporate population who helped bring the company to its knees, who are inefficient, who are deconstructed – and “me” – who will take certain corrective actions and that I will try to do everything possible to restore the balance sheets.

This approach, clearly defensive in nature, has the consequence of removing the team from its new leader and to prevent the creation of empathy which, in the future, will turn into trust and which will be indispensable for rowing firmly towards safety.

How to behave? By joining the group immediately and sharing its misfortunes: a team that perceives the total involvement of its new leader will tend to feel immediately taken into consideration, will learn to trust and will be stimulated to open up to change. 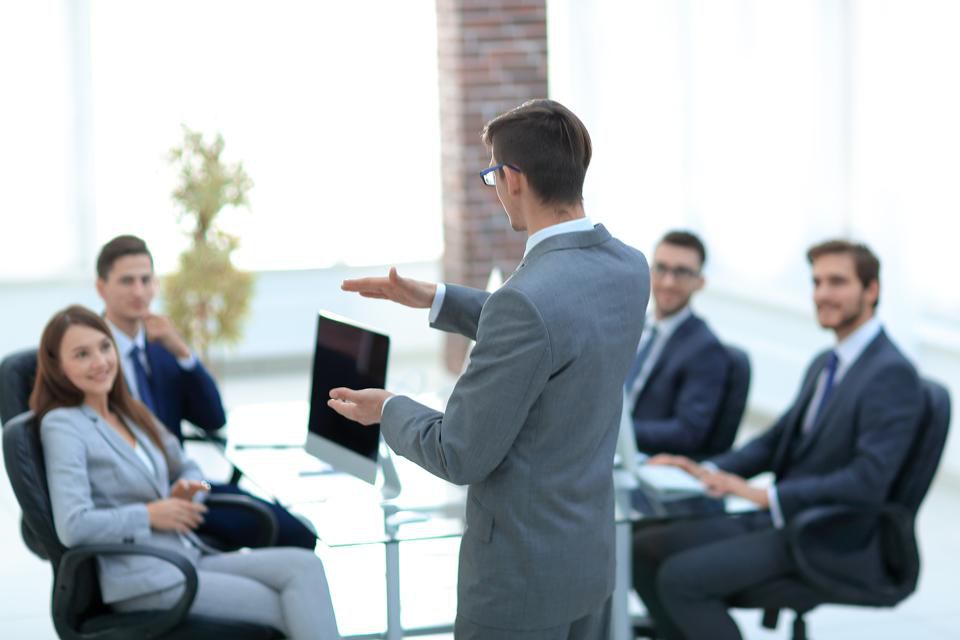 4. Educate employees to think as a team

Probably, if the company goes into dire straits, resources will be worried about their professional future. When a new leader arrives, one of the most frequent reactions of employees is to start a long process of convincing and seduction, to persuade the manager that they are indispensable resources and strategies for the new business plans.

This is how the “culture of self” could soon spread in the office: every resource could start thinking for themselves and promoting their own ideas, at the expense of those of others.

This phenomenon, in addition to demonstrating the goodwill and commitment of resources, can have a negative side: team spirit may fail and the team will eventually crumble shortly, causing damage even to the health of the company.

The first rule for a good leader, therefore, is to reassure employees and move the competition from an individual to a collective one : invite resources to think together about the ideas to be proposed and on future actions, focusing on the good of the Company and the goodness of a model, and neglecting its inventor.

A newly hired leader comes frequently to try to restore the health of a company or department viewed with distrust.

At his entrance, in the corridors, he starts to murmur “Who knows what his intentions are …”, “They told me he wants to reduce the workforce by 20%”, “It seems he wants to dismantle the office …”.

In short, in order not to find yourself immersed in lies and rumors, difficult to deny, immediately adopt the method of transparency .

Communicate clearly with your team and express your intentions and the steps in the renovation process that will take place shortly thereafter.

Keep them informed of the steps that will lead to change and how, and when, they will happen: in this way you will immediately silence the chatter, anticipating it with concrete and real news, and you will give employees time to prepare for your actions.